Below are a few commonly asked questions we hear at Nature’s Nursery. It is very difficult to respond to each question with a generic answer, so please feel free to contact Nature’s Nursery at 419-877-0060 if your question is not answered below.

Why shouldn’t I try to take care of wild animals myself?Legally, in the state of Ohio, you need to have a state and/or federal permit to care for wildlife. In regards to human health, there are a lot of diseases and parasites that can be transferred from animals to humans. Unless you are well educated about these zoonotic diseases, you may be exposing yourself, your family and your pets to potential illness, some of which are deadly. In regards to the animals welfare, there is much more to caring for wildlife than feeding it. A baby animal needs to be properly hydrated and maintained at the proper body temperature before being fed. The various pet formulas sold in stores may not be the correct diet for that baby without being altered. Although a baby may look like it is thriving, many times problems such as poor bone development or seizures will begin to appear in early adulthood due to improper diet. The animal also has to be exposed to others of its kind and be given the opportunity to “be a wild animal” if it is to survive in the long run. As you can see, properly raising a wild animal it isn’t as simple as just feeding it.

Will a mother animal really reject its baby if it has been touched by a human or another animal such as a dog or cat?It is an old wives tale that a mother animal will automatically reject her baby if it has the human scent on it. (In the case of most birds, they have a very poorly developed sense of smell, and won’t be able to detect the human scent.) Wild animals are very good mothers for the most part. Let’s start by stating, it is rarely ever a good idea to touch a wild animal, but that doesn’t mean all is lost. For example, if your child comes to you with a baby bunny in her hands and tells you there are 5 more out in the nest, you can take that bunny back and explain to the child why she shouldn’t touch it again. (Always make sure the child’s hands are thoroughly washed.) If a dog or cat has found a baby animal, it can still be put back as long as the pet didn’t injure it. (Bacteria from a cat’s mouth can be deadly to most baby animals.)

A female duck has made a nest right next to my front door. She flew off when I came out of my house. Should I move the nest to a more appropriate location?It is actually against federal law to move a nest, which contains eggs of any bird, which is protected by the Migratory Bird Act. Don’t be worried that you have disturbed her from her nesting duties. A female mallard will generally lay between 10-14 eggs. She won’t stay on that nest all the time. And she doesn’t actually begin the incubation process until she is finished laying. If you move the nest and the eggs, she won’t have any way of knowing where you moved them. So leave her alone and go about your daily business. Here are a few more facts: Ducks will often make their nests miles from water. Once she begins to incubate the eggs, it will take about 30 days before they hatch. Don’t bother to put out food or water for her…that may only attract predators. Once the babies arrive, don’t try to get involved by catching them up to prevent them from crossing busy streets. The mother has a plan, and the most you should do is follow from a comfortable distance and help her to watch out for possible hazards, such as busy intersections, storm sewer grates, etc. Don’t try to get directly involved or the mother may fly away, making the situation worse.

I think I may have bats in my attic. We actually found one in the main part of the house. What can we do?If a bat gets into the main part of your house, it may be very upsetting to some people. If you keep a cool head, you can remove the uninvited guest without any injury to you or the animal. The main reason for any concern is if you have very young children or an incapacitated adult in the house that could have possibly been bitten but are unable to communicate that to you. Bats do not carry rabies in any higher numbers than any other animals, but their bite is so small it could easily go undetected. If you simply know you have bats in the attic, there is a very simple exclusion device that will allow them to leave and not return. It is important not to use this device at the time of year when they may have babies in the attic. Call Nature’s Nursery with the specifics and we can talk you through the situation.

What should I do to get a raccoon out of my attic?In most cases, when a raccoon has set up house in your attic, shed, chimney etc. it is a female who is looking for a place to have her babies. Many people rush to call a live trapper. This should really be your last resort. Live trappers in Ohio are required to either euthanize raccoons they have trapped, or they must release directly back on site. Quite often you can take care of the problem yourself, saving money and making it easier on the animal. Raccoons are looking for a warm, quiet, dark place to have their babies. If you can change the environment of your attic, she will likely move her babies to another location (hopefully a dead tree with a hollow in it if you are lucky enough to have one around!). When-ever possible, turn on lights (use clamp lights if the area doesn’t have regular lighting), play a radio during the day (when they are generally trying to sleep), and use a fan to blow directly where she is nesting. All these things will help her to decide that your attic isn’t the right place for her! Give this some time. It may take up to a week for her to find another location and get all the babies moved. Once you are certain she is gone, repair the area where she got in so that the next wild animal to come along won’t take advantage. Feel free to call Nature’s Nursery if you’d like to talk to somebody about your situation.

If you still have questions or need to make an appointment to bring in an animal, please call: 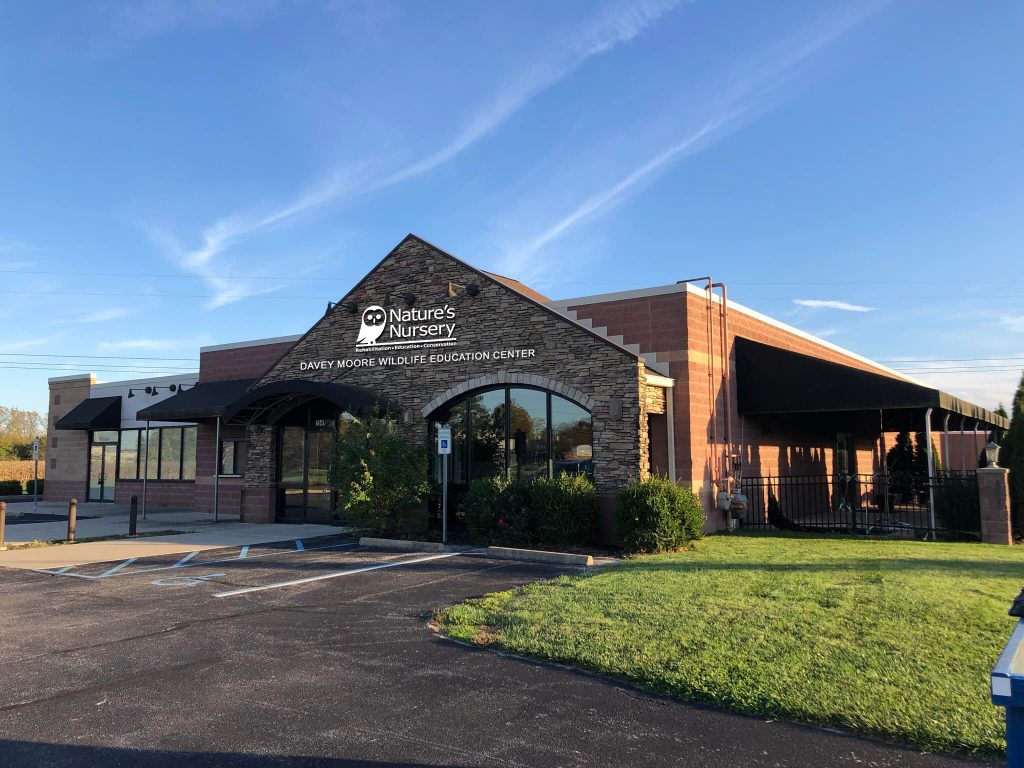 Our New Northwest Ohio Home Is Within Arms Reach!